Using Copper And Enamel To Make Your Own Cabochons 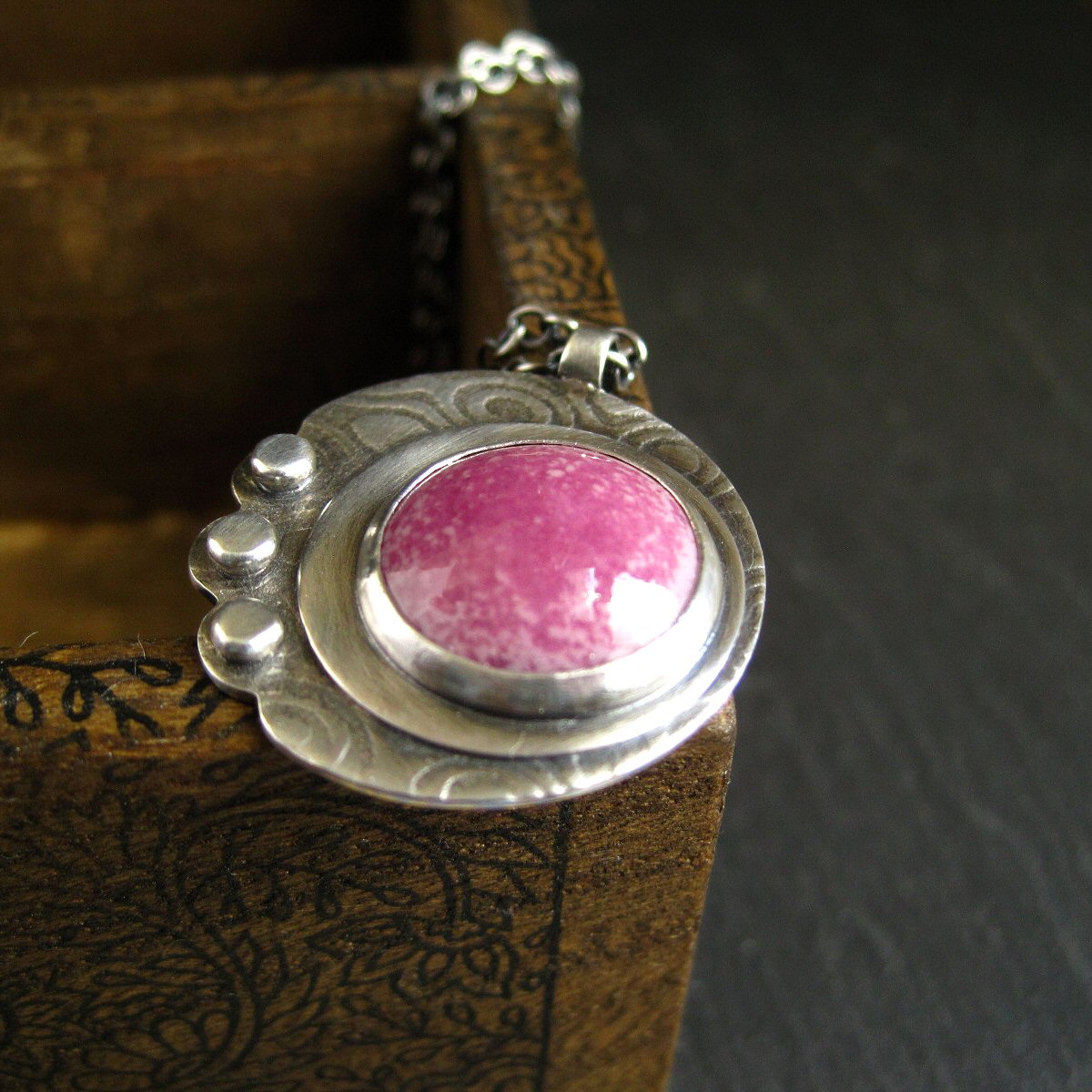 One of the things I wrote in my "things to do in the new year" list was to make more enamelled cabochons. I'd previously made a couple of 9mm small enamelled cabs which were a bit fiddly so I thought I'd make life a bit easier and go bigger this time. I also mixed the colours instead of sticking to just the one for a bit of variety. They are easy to make - just cut and dome a copper disc and enamel it! I still counter enamel the discs (just in case) then flip them over to do the fun side. You need to use a binder like Klere Fyre (which is spelt really oddly and I can never remember it!) as the domes are fairly steep and the enamel will fall off without something to stick to. Once they are done you carry on as with a normal cabochon. I use a wooden bezel pusher (an adapted peg in other words) as I invariably slip at some point when setting and I've had enough of ruining a piece at the very last stage by slipping and scratching the stone which is what usually happens when I use metal setting tools.

I made a pink cab using pastel pink opaque with a raspberry transparent on top and a green-turquoise version made with a blend of blues and greens topped with transparent turquoise. And here's what I did with them........ 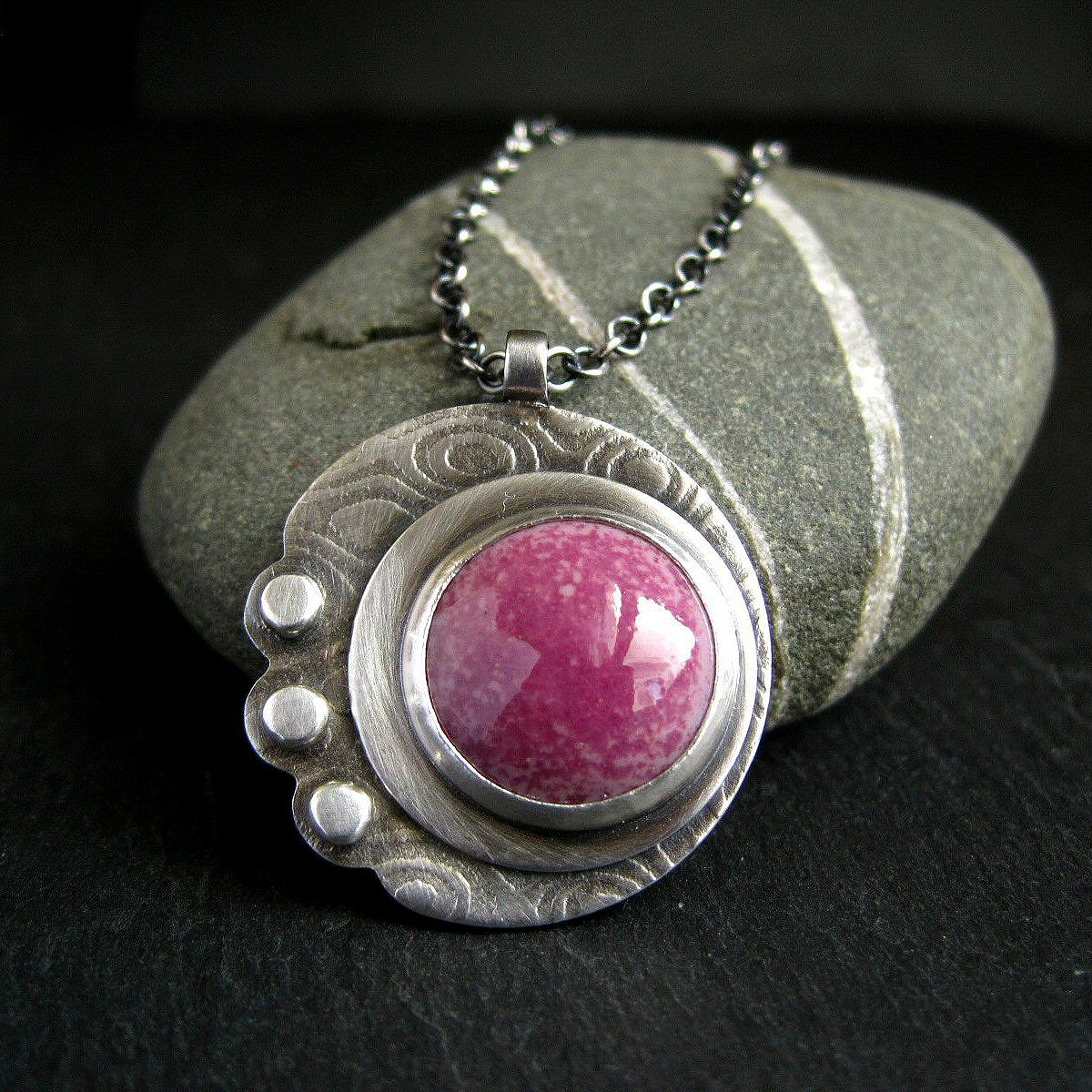 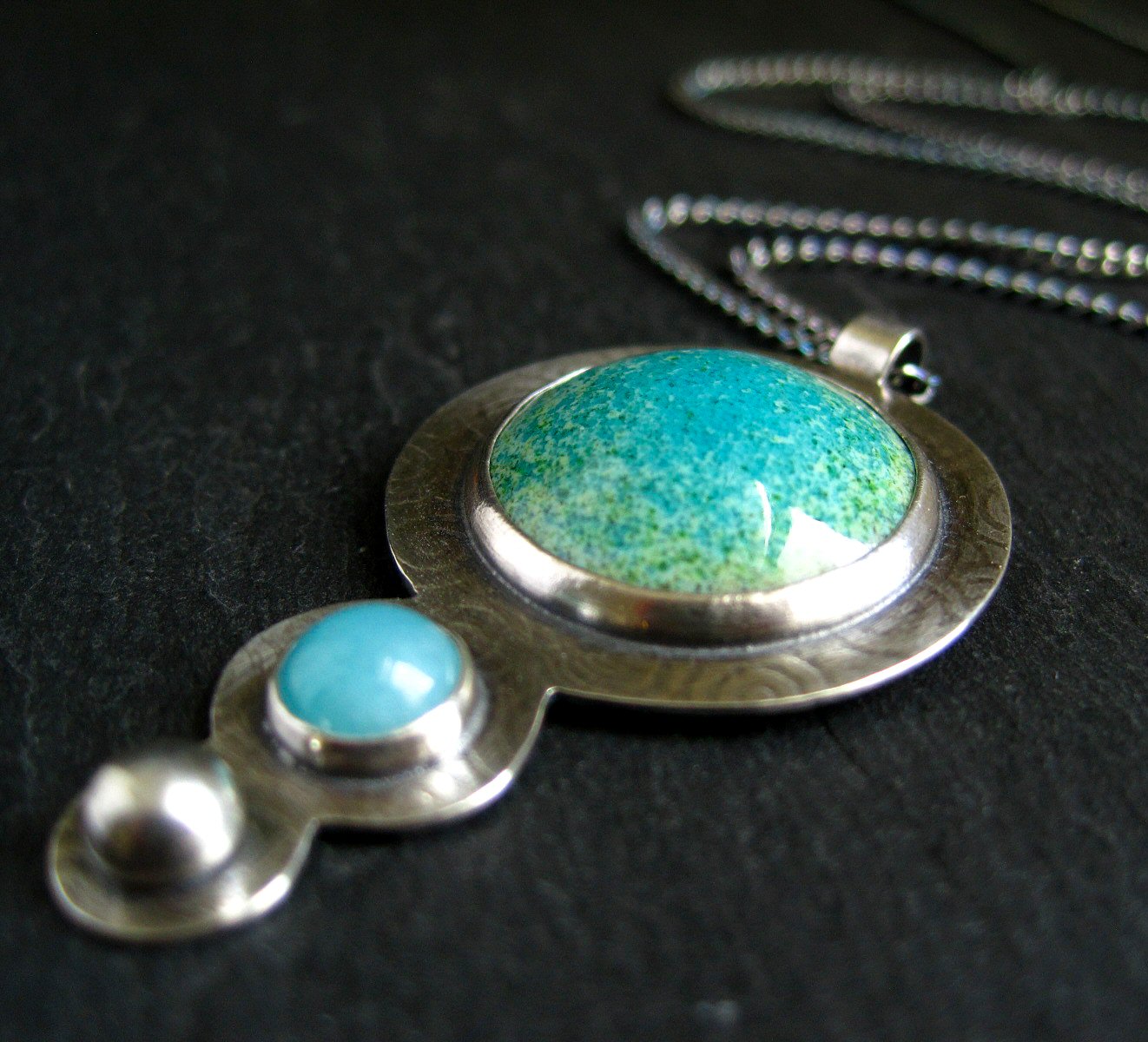 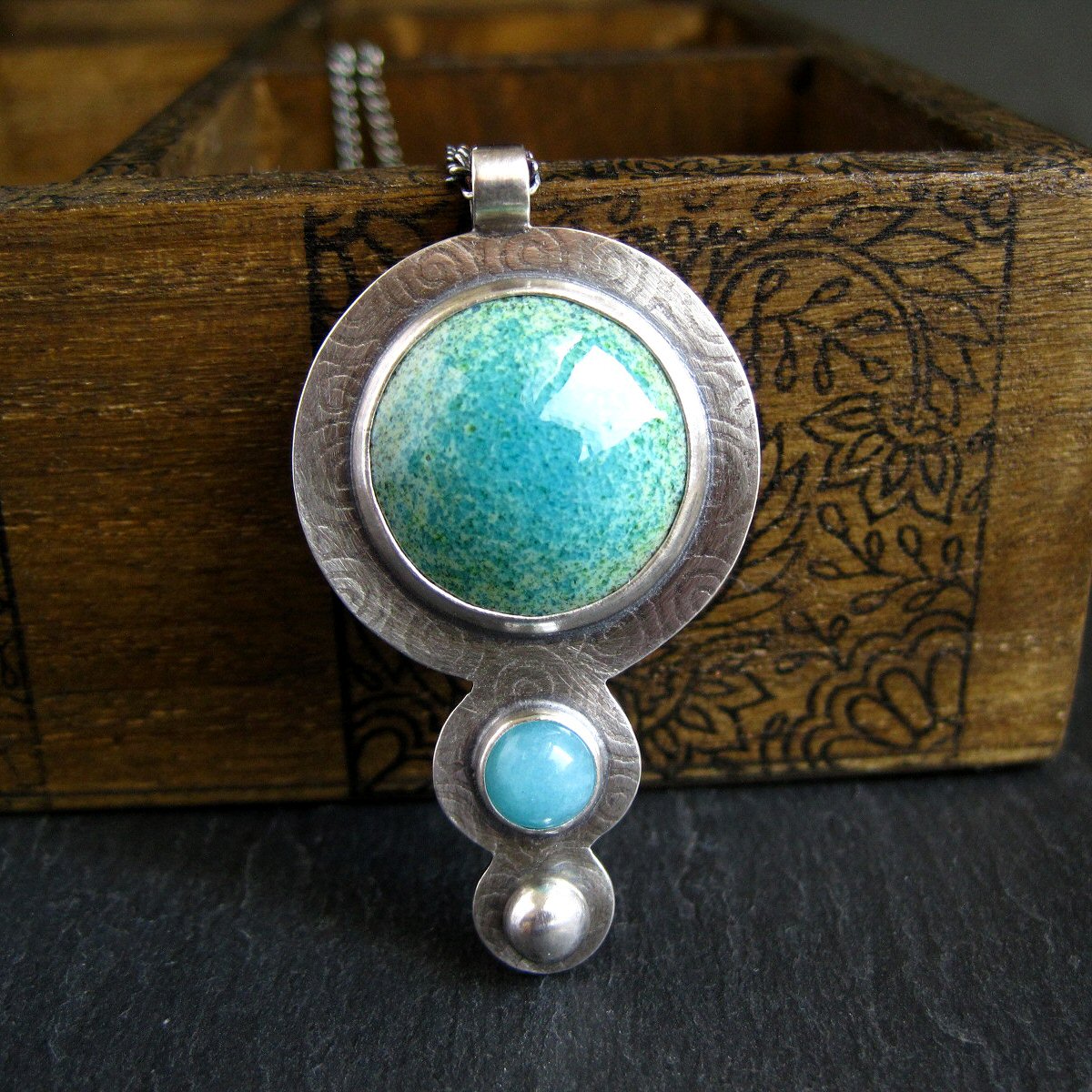 The turquoise green version is teamed with an amazonite cabs and silver textured using patterned card. I used sterling silver tube for the bail which is super easy if you just want something simple.


My new favourite jewellery-related programme at the moment is Gem Hunt which is on the Travel channel at 9pm week nights at the moment. It follows three "gem hunters" - a gem dealer, jewellery expert and a geologist as they travel abroad looking for gemstones for clients and for their own businesses. It's very American in that it tries to make everything seem very dramatic, constantly repeats what you already know and feels the need to explain what's going on despite the fact you've just watched what's going on....but the people are likeable and the gemstones they are looking for are stunning. They pay big prices for them but make absolute fortunes in some cases once they are cut and sold on. Worth a look if you are interested in gemstones :D