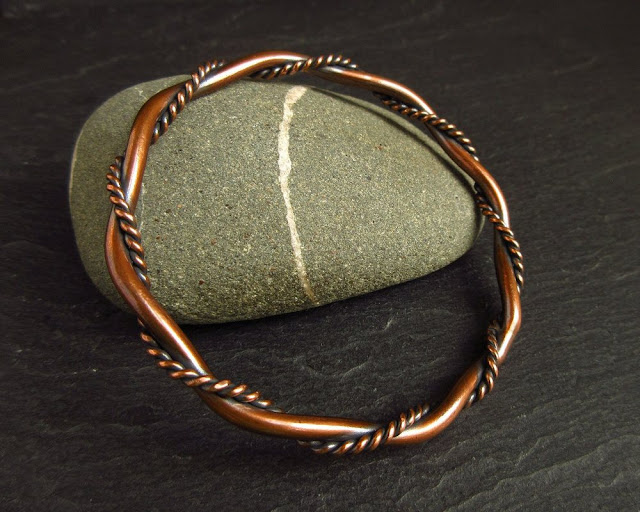 I love the look of twisted wire and thought I'd have a go at making a double twist copper bangle.

I took a length of thinner gauge twisted copper wire I'd had hanging around for a while and decided to twist it together with a length of 3.25mm copper wire to make a round bangle.
As this bangle started off as just a practice piece I didn't pay too much attention to what gauge wire the thinner twist was but I think it was two pieces of 18g {1mm} that I'd twisted in my flexshaft. 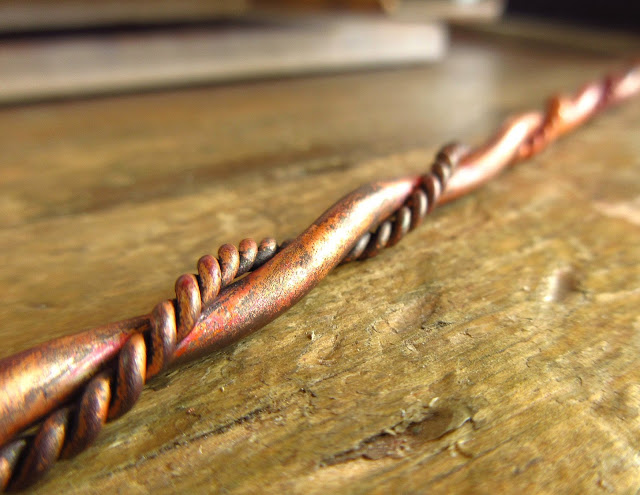 Once I started twisting the two wires they soon became work hardened and I could feel the tension produced keeping the two pieces twisted together. Having the ends soldered together made sure the two pieces of wire stayed together and didn't ping apart once I took the ends of the wire out of the vice and pliers.

I made the length of wire longer than I needed to allow for trimming it to size. I marked the length I needed then soldered the two wires at those points too to keep the wires together. I had a feeling that cutting the wire at a point where the two pieces weren't soldered together would release the tension and they would start to come apart.

At this point the bangle was still a practice piece so I'll be honest I didn't worry too much about cutting either end at the same point in the twist. This would've made it easier to match the two ends for soldering together. I kind of just cut the ends and didn't worry :D 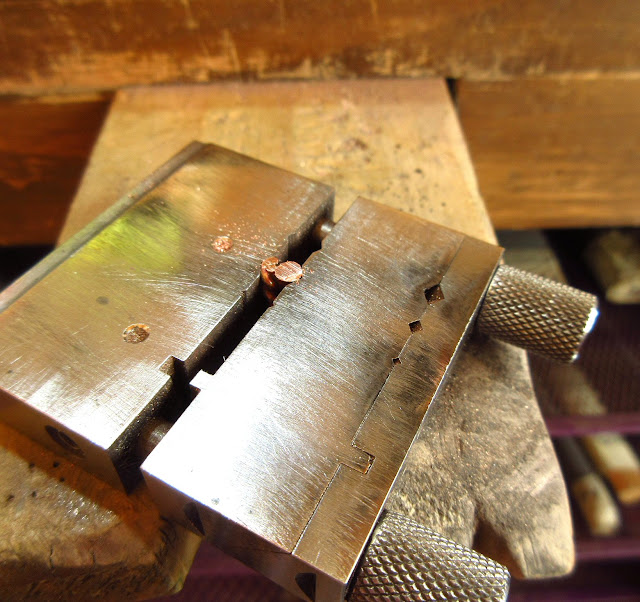 Filing the ends in the mitre jig to get them nice and straight. 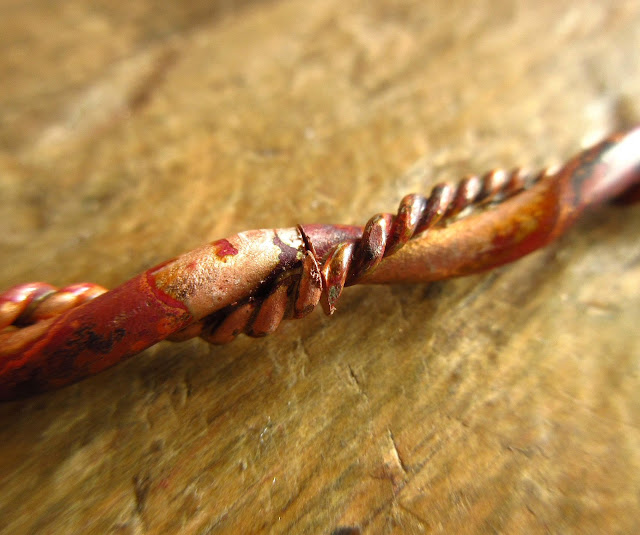 This was the resulting join before soldering. The thicker wire meets up nicely but the twisted wire is definitely off {because I didn't take the time to cut the ends at the same point in the twist!}


I could see the join was ok so decided to solder it anyway and see what happened. 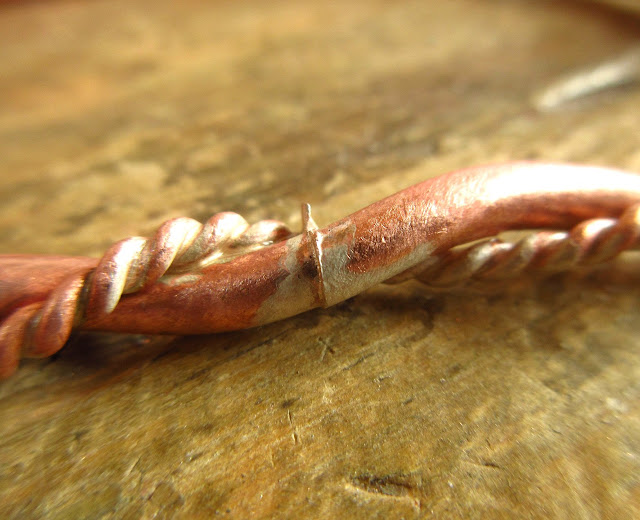 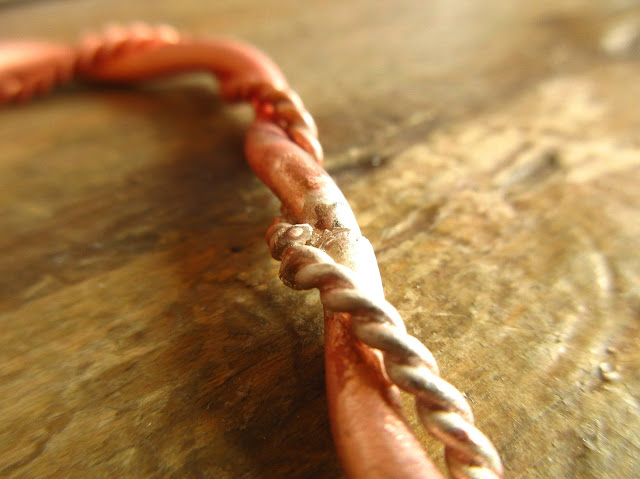 The thinner twisted wire soldered ok although obviously the ends didn't meet properly but I decided the join was good enough to work. 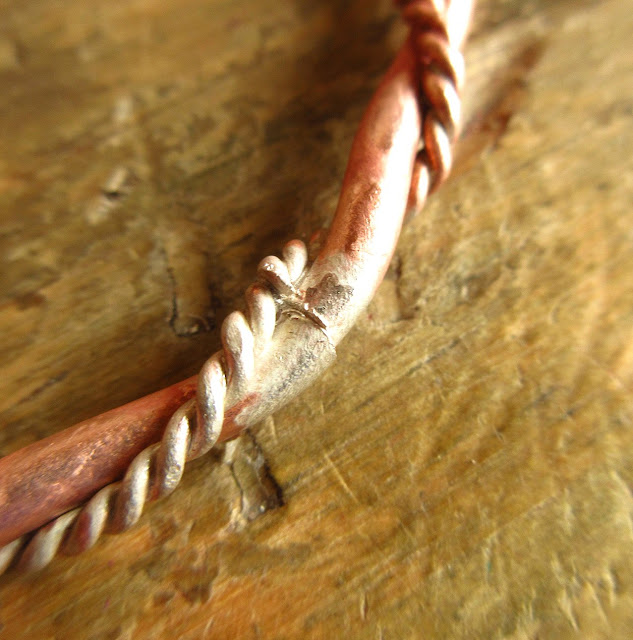 With a bit of clean up work I could see the joins would eventually be ok.... 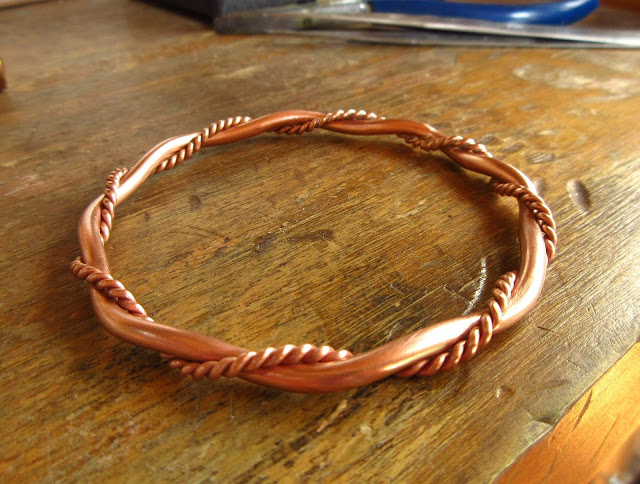 The rounded up bangle after filing, sanding and the use of eveflex wheels and radial polishers in my flexshaft. Looking at the photo the join is at 1 o'clock. It still needs a bit more tidying up but it does blend in pretty well now. I decided at this point that the bangle was good enough to sell :D 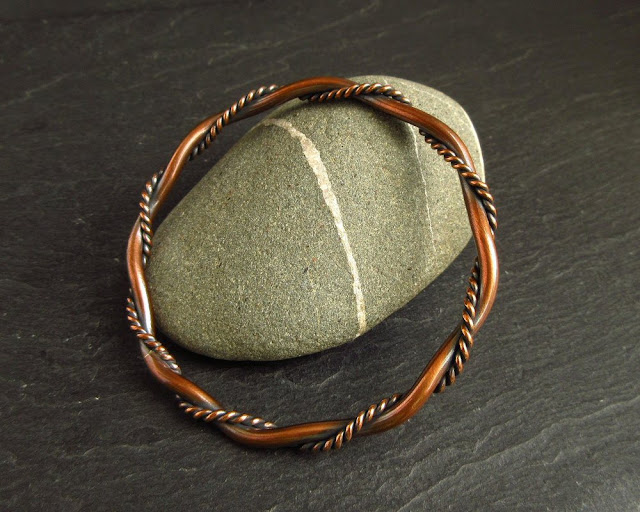 The finished bangle. The join is bottom left about 8 o'clock. 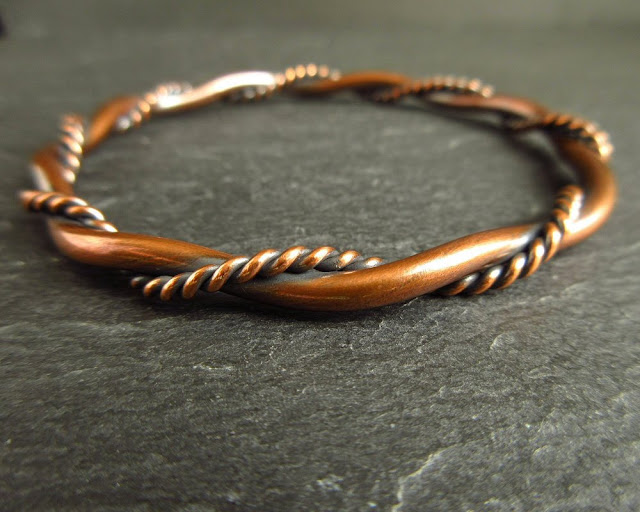 I listed the bangle a few weeks ago now and it sold within a few days. I'm definitely making more of them and also think a double twist of silver wire would look fab combined with the thicker copper wire.